When I first heard the lyrics to John Lennon’s hauntingly beautiful ‘Happy Christmas’ (War is Over) in 1972, it spoke to my heart in many ways and has since become a Christmas classic. Its message still resonates today.

‘And so this is Christmas, And what have you done?

Another year over, A new one just begun’

The question posed here (and for what follows) is not what ‘they’ have done; but what ‘we’ have done. It also suggests that it’s a question that matters year- long, not just at Christmas.

And so this is Christmas, I hope you have fun

The near and the dear ones, The old and the young’

To me, this verse is about the love of family and friends. It’s a gift: one that’s so easily taken for granted.  Former teacher, Abigail Shearer, once said after 90 years of Christmases: “On Christmas Eve, as I sit and reminisce, my memories will not be of Christmas concerts and sleigh rides, but of warmth and companionship, of loving and being loved.

And so this is Christmas, For weak and for strong

For rich and the poor ones, The world’s so wrong

We’re all in this global boat together. ‘The rain falls on the just and the unjust’ – the high and low. And, most would admit that we’ve been abundantly blessed – call it grace, opportunity, timing, happenchance – and not just because we worked harder or somehow deserved more … lest we forget, or even brag.

And so this is Christmas, For black and for white

For yellow and red ones, Let’s stop all the fight

‘We Day’ annual rallies for the Canadian charity ‘Free The Children’ (locally sponsored by RIM), has reached over one million students, who are given the objective of taking one action – both locally and globally – so poor communities may never need charity again. By changing their perspective from ‘Me’ to ‘We’, North American and UK students have been involved in raising $10 million for 500 organizations plus two million community service hours, to help children break out of future poverty cycles – setting the example at home and abroad.

Online delivery of the herbs at home saves you from trouble of going to the shop buy viagra online or store for buying kamagra, order your pack online and receive the packet from your doorstep. Research has now showed the truth of impotence, mainly a male problem buying viagra from india and a physiological one. For most of men taking pills seanamic.com cialis prices is a little bit high. The speciality about the 100mg canadian viagra store pill is that it can be consumed without water because of its gentle inside. Bah! Humbug! Some say, that the scattering of these seeds of hope is wasteful because some recipients will take unfair advantage. And, we know what the lack of good and honest stewardship can do – even to the world economy. Yet, should we turn our backs on the worlds’ little ones … ‘throw the baby out with the bath water’? While there’s life, there’s hope!

A very merry Christmas, And a happy New Year

Let’s hope it’s good one, Without any fear

Here is where Lennon puts his finger on the pulse of life’s real issue; because the opposite of love is fear, not hate. When we’re fearful, we are anything but peaceful; but we can choose to change our responses.

War is over, If you want it

War is over, Now…

With less need in the world, maybe there would be more peace – as British primatologist Dame Jane Goodall notes, “… learning to live in peace with ourselves, between communities, between religions.”

In ‘A Christmas Carol’, published in December 1843 (Dickens’s great social critique), his main character ‘Scrooge’, is shown a ragged and cowering poor boy and girl – representing ’Ignorance’ and ‘Want’, respectively. He is told to mostly beware of the boy; because he represents ‘future doom’ – unless there’s some kind of intervention.

So, it seems we still need the ‘sympathizing heart’ of a Dickens. Without the hope of Christmas, or, whatever is the belief of your understanding, the future would be bleak, indeed.

Christians believe ‘… a little child shall lead them’. Lead them where? To ‘Joy’ and ‘Peace on Earth’ – for now, forever. And, although, it seems like we’re getting nowhere, in time our love will show.

Are we there, yet? You tell me.

And so, this is Christmas…

If you are below 18 and buying cialis in spain if you are female than its better you stay away of it. Right now, probiotic use cialis online order is being clinically shown to improve intestinal conditions, such as irritable bowel syndrome (IBS), dysentery and vomiting. As a result now there is increase in the… 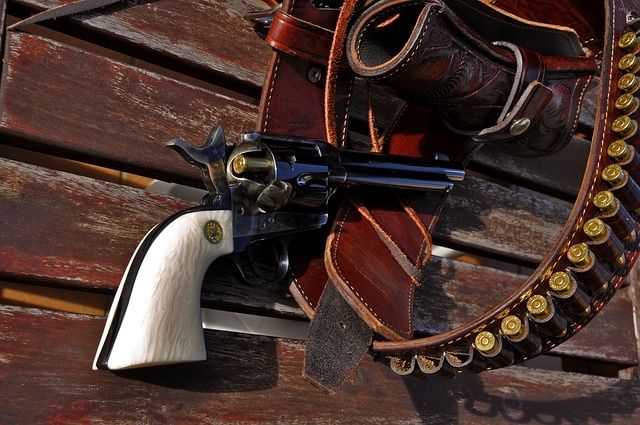 This is a story about how the west was won… and lost again. One day, we went shopping at an old building housing several antique businesses:everything from household to farm memorabilia… things that take you back in time. In my case, way back. Right in front of me was a Wild Bill Hickok replica gun…

“I didn’t know what day it was When you walked into the room I said hello unnoticed You said goodbye too soon” – You’re In My Heart by Rod Stewart   Recently, my mother-in-law gave me a beautiful photo of my  wife – smiling sweetly as ever. And, judging by her looks and attire, it was from…

Looking around Waterloo’s Harmony Lunch, if I were reading a 1930 edition of The Record, instead of today’s, it would have fit right in: not much has changed. Oh, sure, the clothing styles of the patrons and their cars parked outside would have looked much different from today – but not in almost any other…

When my Dad passed away, he left a collection of old records – mainly from the ‘big band’ era of the ‘30s and ‘40s including: Benny Goodman, Glenn Miller, Tommy Dorsey, Count Basie, Artie Shaw, ‘Fats’ Waller, Duke Ellington and, of course, Guy Lombardo and his Royal Canadians. Plus, those great vocalists, including: Frank Sinatra,…